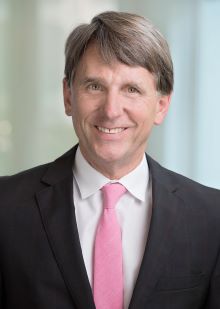 For eleven years, Steve served as the director of client solutions and government relations for the Denver office of JE Dunn Construction.  He now serves as a consultant to the company. Prior to joining JE Dunn, he spearheaded Mayor Federico Pena’s successful effort to bring Major League Baseball to Colorado. He was a partner for nearly 15 years at GBSM, a Colorado public affairs and communications firm and was President of the Denver Public Schools Foundation.

Community Involvement:
An attorney by trade, Steve has been active in the Colorado business, non-profit and political worlds since he attended the University of Denver and the George Washington School of Law in the 1970’s.

Steve serves on the President of Metro State University of Denver’s Community Cabinet.  In that role, he was selected in 2019 as the recipient of the University’s Community Advocacy Award.  He also co-chairs the Jefferson County EDC’s Government Affairs Committee. Steve is active in the Colorado Forum and is on the Greenway Foundation’s Gala Host Committee. He also serves as Honorary Consul in Colorado for the Republic of Serbia.

Previously, Steve served on the Downtown Denver Partnership’s Downtown Denver Inc. board for two decades, serving on numerous committees and being awarded the organization’s Volunteer of the Year Award. Steve has also served on the boards of the Denver Botanic Gardens, the Colorado Sports Hall of Fame and the Colorado AIDS Project. He has successfully completed the City of Lakewood’s Planning Academy.