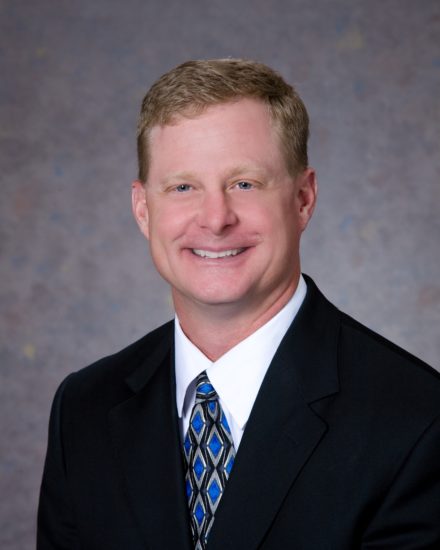 Executive Vice President
Hensel Phelps
Executive Vice President
Hensel Phelps
Rick is the executive vice president and a member of the board of directors for Hensel Phelps, based out of Greeley, Colo. He has overall responsibility for management and execution of the central and eastern United States regions, including the Plains, Southwest, Mid-Atlantic, and Southeast regional district offices.
Rick began his post college career with Hensel Phelps, working on his first job at Poudre Valley Hospital. He then participated in construction projects at Denver International Airport before embarking on assignments throughout the country. He’s risen through the ranks from field engineer, office engineer and project engineer. He was promoted to project manager, and later operations manager. In 2009, he was appointed to vice president and plains district manager, and in 2013, was named executive vice president.
Having worked with Hensel Phelps for nearly three decades, Rick has worked in a variety of locations, including Colorado, California and Virginia. His tour of the country has resulted in the successful delivery of a variety of project types including healthcare, aviation, hospitality, Federal and State Government, correctional projects, and even a winery.
Community Involvement:
Rick currently serves on the Board of Directors for the Denver Civic Ventures Inc. and Colorado Youth Outdoors. He’s also the Immediate Past Chair for the Professional Advisory Development Board (PADB) for the Construction Management department at Colorado State University, and previously served as chairman of AGC Colorado.
Education:
Bachelor’s degree in industrial construction management, Colorado State University